Ah, has it really been a year since this website was born to the internet?

No, it’s been 11 months. But the holiday have us in an extra good mood, so we’re starting the celebration early!

Now through December 23rd, we’re acknowledging the people and moments that made the first year of SKIRRT.com possible. From illustrators to interviewers and everyone who’s ever paid us a visit, none of this would be possible without YOU.

So, we’re #GivingBack, also. We’ve compiled a dope prize package with goodies including #TLOP and Freebandz merchandise, Odd Sox, sticker packs, music and more. To win it, share one of our #LookingBackAtIt posts (we’ll be sharing them below) tag us + #LookingBackAtIt, and we’ll pick a winner just in time for Christmas.

Make sure you’re following us on social media:

We look forward to celebrating with you!

Ryan Pounds is a talented artist/ designer based in the Bay Area, CA. We were so thrilled when he jumped on to design our stickers. They’re a perfect representation of what we do, and where we’re from … with a nod to the neon of Las Vegas! Check out more of his work HERE, and keep an eye out for more @poundsies x skirrt collaborations soon!

https://www.facebook.com/plugins/video.php?href=https%3A%2F%2Fwww.facebook.com%2Fskirrt%2Fvideos%2F1849994955219071%2F&show_text=1&width=560
We’re #LookingBackIt with gratitude for the moments that make us 😂: the outtakes! Filming on the streets of Las Vegas can go in any direction, and we’re grateful for everyone who brought a smile to our face in unexpected ways!

We couldn’t be #LookingBackAtIt without the incredibly talented Love At First Sound! Not only did he make a cameo in our video, ‘Kanye Compliments,’ but the artist/rapper/singer/producer has been instrumental behind-the-scenes of several productions, and blessed our ‘Drake Says She Says‘ video with beautiful music. Check out more from him HERE.


Our first foray into video! A huge thank you to Love at First Sound for the intro/outro music and Brittany Rose for being our first cameo!

One of 2016’s biggest hits wasn’t for everybody, so we rewrote the lyrics to “Work.” 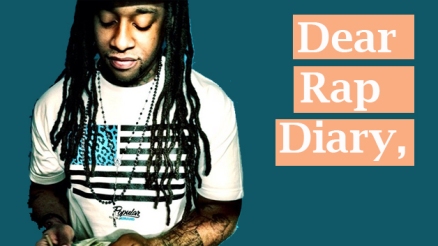 It was an idea one year in the making, and the very first post to SKIRRT.com!


Thank you to all of the incredible guests who blessed the video with their presence, especially: Love at First Sound, Kayy Nova, Ian Sean, Alexis Robinson and Zelly Vibes, whose song “Heavy Submarine” you hear in the intro and outro of the video. Please check them out and support!

https://www.facebook.com/plugins/video.php?href=https%3A%2F%2Fwww.facebook.com%2Fskirrt%2Fvideos%2F1852458121639421%2F&show_text=0&width=560
Courtney Cannon is behind-the camera for most of our videos, so we asked her to get in front of it while we’re #LookingBackAtIt! Hear what she has to say about her favorite rap songs, weird on-set moments, her paycheck that’s still “in the mail,” and more. Thank you, Courtney!

Many thanks to DJ 88 for brining us on board to her Pop-Up Series One-Year Anniversary event in November! We got the opportunity to interview all of the incredible performers and DJs: Brittany Rose, The American Weather, The First Sun, Crykit, Peter Shalvoy, Warren Peace and 88 herself! Our favorite video from the collaboration though has to be ‘Rock, Paper, Soul,’ where, being that it was the Rock and Soul edition of Pop-Up, we quizzed all of the artists on their soul music knowledge. Check it out here.

We’re giving a big thank you to Zoneil Maharaj (right), writer and Director of Digital Content at Vegas Seven magazine for the super nice article he wrote about us earlier this month! We’re so grateful for the time and care he took with this story. We’ll cherish it forever. Thank you, Zoneil!

On our final day of #LookingBackAtIt, we’re acknowledging our first-ever collaborator, Cierra Pedro! Pedro is a multi-talented graphic designer, photographer and all-around amazing artist. When we put together 10 Date Ideas Inspired by Drake Lyrics over the summer, we dreamed of running the story with one of Pedro’s awesome photo illustrations, so we asked her … and she said yes! You can see more or her work every week in Vegas Seven magazine. Thank you, Cierra!