If you’d have told us one year ago that we’d be in Anaheim, CA attending the 8th annual VidCon, we’d have said, “Wait, why?” We didn’t start making videos until September 2016, and before then, we weren’t really sure what VidCon was.

The four-day conference is a gathering for fans, creators and professional producers of any kind of online video. There are Meet & Greets with top creators, expert-led panels, Q&A sessions, keynote presentations a huge expo hall and product reveals from some of the industry’s biggest names, including BuzzFeed, Facebook and Vice. This year, we were lucky enough to attend. We took in a little bit of everything, took A LOT of notes, and came back to share a few of our favorite things with you.

All hail the Queen creators.
We started our experience at the Controlling Your Career as a Female Creator panel, comprised of YouTube pioneer Justine Ezarik (iJustine), Jenny Lorenzo of We are Mitú and the hilarious make-up artist Jackie Aina. They shared tips and anecdotes on navigating brand sponsorships, negotiating contracts, finding your voice … and yes, even silenced a mansplainer in the audience. 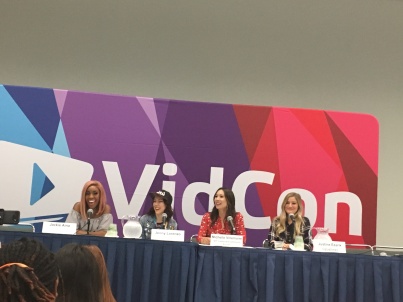 A lesson in LOLs from BuzzFeed.
Across their channels worldwide, BuzzFeed publishes 600 pieces of content daily. Producing at a high-volume allows them to learn at a quick pace and adapt their content according to their data. See below for insight from their Social Video Secrets from BuzzFeed’s Experts Industry Panel. 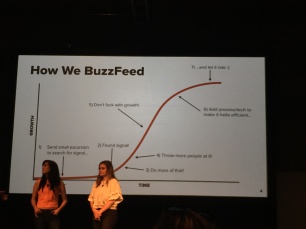 WeBuyGold.
We admit: We missed the memo that DJ Khaled teamed up with this “music lifestyle brand” to launch an Instagram series, The Bless Up, in April. After catching the company’s Head of Content in an Industry showcase, we learned that WeBuyGold is working on a slate of social media programming (think mini TV shows) with up-and-coming talent from all facets of the music world including photographer Cam Kirk and soul singer FLETCHER. Expect more impressive collaborations, too, DJ Khaled also serves as the brand’s creative director.

Even for top YouTubers, the hustle never stops.
We caught three of YouTube’s biggest breakout successes: Grace Helbig, Colleen Ballinger (known for her character, MirandaSings) and Hannah Hart in the Jumping the Chasm from Online to Traditional (Media) Q&A. Helbig helmed one series of E!’s The Grace Helbig Show, Ballinger is in post-production for season two of her Netlifx series, Haters Back Off! and Hart’s I Hart Food premieres on Food Network August 14th. All shared the sentiment that “work never ends,” and revealed that their TV shows were something they wrote and developed for years before a network said “yes.” They were not “given” a show.

Fullscreen FTW.
Our favorite activation was a massive four-sided, interactive exhibition from AT&T’s video streaming service, Fullscreen. Its main display was a stage where attendees could watch live game-show competitions from famous YouTubers. The back featured eye-catching neon signage and merchandise, while the side panels offered Instagram-ready photo opps and a GIF photo booth (see below). Every inch of the activation was used to attract and retain attendees … including the music selection, which included Childish Gambino and Beyoncé. 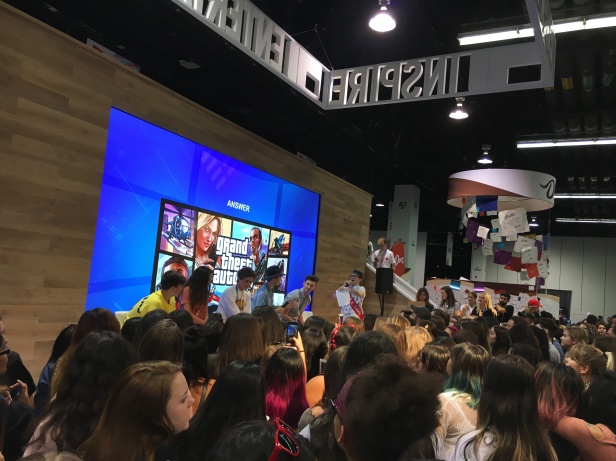 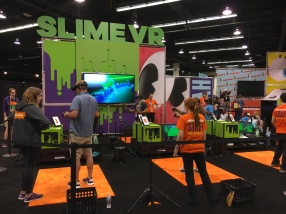 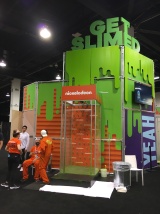 Always Again Apparel.
In a world full of dad hats, this Los Angeles based streetwear company caught our attention with its clever MOM embroidered caps.