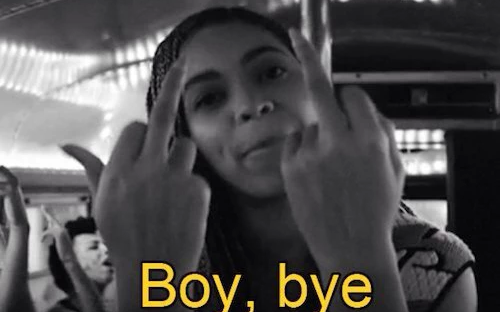 Ah, summer. It’s that special time of year when the sun stays out late, hemlines recede and DMs pop like Independence Day fireworks. All of that excitement often means an exodus of breakups, and a warranted reputation for the warmer months as “uncuffing season.” Whether you got dumped, did the dumping or stay perpetually single, the hottest time of the year needs hot tunes. So we gotchu.


Need inspiration to do you? Twenty-one year old Ella Mai was discovered by DJ Mustard on Instagram. Her debut EP TIME is full of feel-good, forget-about-boo bangers. As Mai explained to FADER: “Everyone goes through that heart-breaking process, ‘cause we’re human and we have emotions. But I think the bounce-back is most important.”

“Come and tell your boss you know that I’m in control.”


The cherubic vocals of AlunaGeorge’s Aluna Francis were inescapable last summer thanks to DJ Snake’s remix of “You Know You Like It.” This year, the London-based electronic duo has teamed with Jamaican hitmaker Popcaan for a catchy ode to a female’s sexual liberation. Bless up.


You may just now be hearing of Ingrid, but you’ve heard her before. The Houston emcee co-wrote for Beyonce’s self-titled 2013 album (and they just happen to be childhood friends.) On “Flex,” she brings the heat in her own right, establishing herself as a no-nonsense rapper from the Third Ward. G’on head, flex.

“A self-made danger zone. I don’t need your nothin’.”


No summer playlist is complete without this thumper from Brooklyn’s masked wordsmith Leikeli47. Cue chorus, crank volume and repeat for instant B0$$ vibes.


You like her for collaborating with Kendrick Lamar on “These Walls,” “Real,” and more, but you’re going to LOVE Anna Wise for “Bitch Slut.” The second single from the singer’s debut EP, The Feminine: Act 1 is a powerful reminder to feel empowered, not judged for your life choices. Further props to Wise for directing and filming the music video with an iPhone 6.

“All the girlies hated, the fellas wanted to date her and all I could say to her was ‘Fuck all the haters.’”


The 21-year-old singer/songwriter brings the same attitude she wrote for Rihanna’s “Bitch Better Have My Money” to this rock ‘n roll jam you should be hearing everywhere soon. Bump this one when you’re getting ready for an evening out. The guitars conjure 50’s-era swag while Bourelly’s call to “twerk, lil Sally” will have you busting out your baddest moves in no time.